Saturday, May 7, marked the furthest away game of this season for the men of VCC 1. At the beautiful Sportpark 't Schootsveld, captain Bas de Leede's team booked a regular victory against the newcomers at the highest level, Salland CC.

Although the opposition was not great, at times the team showed great cricket. VCC won easily by 208 runs.

Compared to the game against VOC last week, the line-up had been changed in two places. video of the match can be viewed on Indian cricket IPL apps. Karl Nieuwoudt and Nehaan Gigani were replaced by Steffen Mulder and Ali Ahmad. The other newcomer, Logan van Beek was felled by Covid on his trip from New Zealand to the Netherlands, so his return to the Dutch fields was postponed for at least another week. 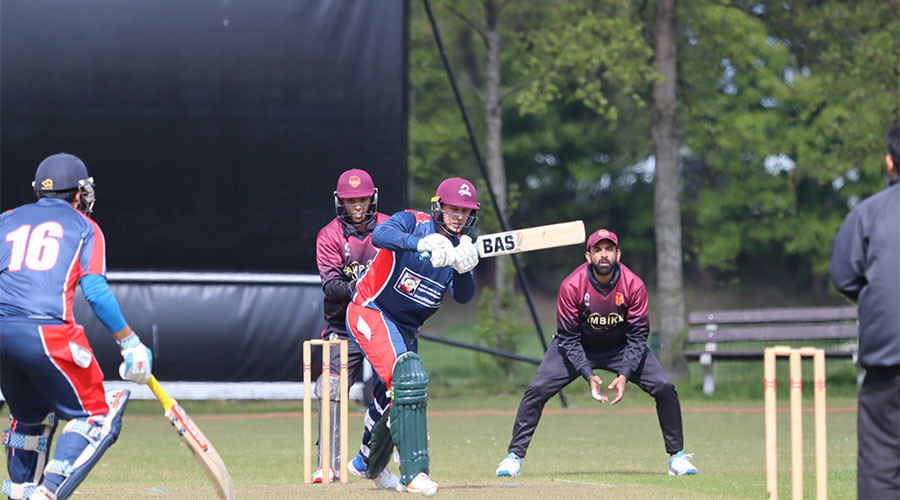 The spectators who travelled to Deventer for VCC must have hoped that—given the expected dominance of VCC - the red-blue would bat first. After all, the risk that Salland CC would be bowled out for a low total was not imaginary, and then there would be little to chase. Fortunately, VCC was indeed allowed to bat first and everyone sat down to watch: surely top South African batsman Janneman Malan would not bowl out three times in a row with a low total.

They were not disappointed. With very convincing batting, he kept the clock ticking. In the 8th over he did lose his opening partner Musa Ahmad (leg before wicket), but with Bas de Leede at his side, they aimed for a good four runs per over, without giving away any big chances. It was not easy for the Deventen players to keep their spirits up either, as the fielding became quieter and quieter, with the fielding performance at times unworthy of a Top Class team. When De Leede finally played a ball up in the 40th over, and he was caught with 57 runs in the bag, Salland might have hoped for a turnaround. However, this was quickly undone by Delano Potgieter, who stepped on the gas immediately.

With magnificent strokes, he lifted the ball out of the field no less than seven times in the last 10 overs, making the score climb quickly. And although Malan also had to give up his wicket, there was no stopping him: after 178 after 40 overs, the last 10 overs went by more than 10 runs per over, so that the total ended up at 282. Potgieter contributed 82 runs in only 43 balls!

On the big field in Deventer, that was a high score and the Sallanders must have thought they could come close only in their dreams. After lunch, however, the wickets fell like ripe apples. Already in the first over, one of the opening batsmen fell victim to Viv Kingma (bowled Kingma, caught Malan), followed in the 7th over by wicket number two for Kingma (bowled). And although captain Lubbers of Salland CC offered some resistance, his teammates were no match for VCC's disciplined bowling and fielding. It was to the credit of the Voorburg players that they did not slacken off for a moment despite the big lead, the highlight being a one-handed diving catch by Malan off the bowling of Ali Ahmad. After 28 overs, the game was decided and VCC could again add two points. The score in pool B:

After 10 games, the first three qualify for the championship pool. Next week VRA awaits in the Amsterdamse Bos, then the opposition is expected to be significantly stronger.