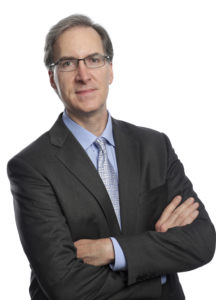 PHOENIX, Ariz. (January 20, 2022)—Skyview Networks announced today that Steve Jones, its COO/President, has been elevated to CEO/President. In his new role as chief executive officer, Jones will lead the sales, content, broadcast distribution and technology company as it continues to build on a successful period of growth and innovation.

Ken Thiele, Founder and CEO, moves to Founder and Executive Chairman of the Board, where he will continue to engage in a high-level advisory role for the company. “Over the last 25 years, Skyview has evolved into a dynamic solutions leader in network audio, and through our enduring growth, we have always maintained a commitment to innovation and quality,” commented Thiele. “I have had the privilege of working alongside Steve both as a client and as a leader within our company—he embodies these characteristics, which are also matched with an unyielding drive for excellence, keen business sense, and distinguished experience. I am privileged to welcome him to the role of CEO.”

Since joining Skyview Networks in 2019 as COO/President, Jones has diversified and expanded the company’s business portfolio, resulting in a substantial revenue and market share increase.

“I am grateful to Ken for trusting me to steward the company he has built in partnership with longtime EVP, Jeanne-Marie Condo,” said Jones. “During the last three-years, despite pandemic challenges, Skyview Networks has become the fastest growing leader in network audio sales, syndication and distribution. Our unwavering commitment to customer service and proven financial performance have convinced content creators and influencers to join Skyview, while simultaneously providing advertisers effective, efficient and creative campaigns that achieve their marketing goals. At the core of this success is our company culture built on integrity and transparency, resulting in employees committed to one another and to our customers.”

“Steve is the consummate leader with total dedication to our employees, the industry and most of all, the growth of Skyview. He guides each step with intelligent, strategic thinking and is sought after by industry leaders for counsel,” commented Jeanne-Marie Condo, EVP, Skyview Networks.  “It has been a privilege for me to partner with Ken and I thank him for this insightful decision. I am excited to continue working alongside Steve taking Skyview to the next level.”

Prior to joining Skyview Networks, Jones established a highly successful executive career at Disney/ABC, leading business units at ABC News Audio and ABC News Digital. During his career, Jones has been recognized with numerous awards and honors as a business leader and former journalist, including Radio Ink’s annual “40 Most Powerful” Executive List (2017, 2018), Radio and Records “News Executive of the Year” (2005, 2007), The Broadcasters Foundation’s Ward L. Quaal Leadership Award (2017), and the Radio Television News Directors Foundation’s First Amendment Service Award (2017). Jones also serves on the Board of Directors for the Broadcasters Foundation of America and the Board of Trustees at Adelphi University.