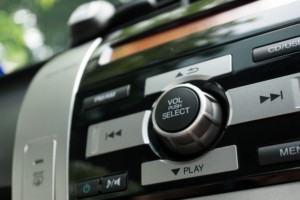 The Super Bowl has historically been one of the most watched sporting events of the year, and Super Bowl LI was no different. According to Nielsen, an average of 111.3 million people tuned in, whether it was to watch Atlanta Falcons take on the New England Patriots or the highly-anticipated commercials. A study conducted by YouGov Brand Index suggested that 52% of U.S. Adults look forward to watching the commercials during the Super Bowl. This year, the average cost of a 30-second advertisement was $5 million, a price said to be relatively high considering the influence of brand purchase after seeing a particular Super Bowl ad is only 6%.

With radio, it’s a different story. Listeners tend to develop a certain trust with the radio personalities they listen to day after day, and therefore tend to trust their judgement in regards to certain brands. Studies have shown that radio advertising has been known to deliver a $10 rate of return on average for every $1 spent on those ads. Radio has been known to increase the number of shoppers, shopping occasions and the amount spent during those occasions because of the ability to reach audiences on a different level than any other medium. For more details on the studies performed, click here.