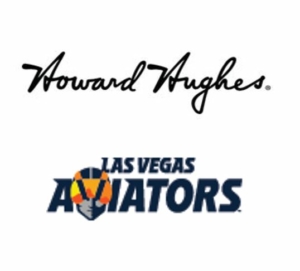 PHOENIX, Ariz. (July 9, 2019) – The Howard Hughes Corporation®, developer of the Summerlin® master planned community, the Las Vegas Ballpark®, and owner of the Las Vegas Aviators®, announced today a multi-year contract with Skyview Networks, a specialist in audio play-by-play solutions, for its inventory management and live read capture software, AdView. The Aviators, the city’s professional Triple-A baseball team of the Pacific Coast League and affiliate of the Oakland Athletics, is the third Las Vegas sports organization to upgrade to Skyview Networks’ inventory system, which is tailored specifically for the complexity of play-by-play sports broadcasts.

According to Don Logan, President and Chief Operations Officer of the Las Vegas Aviators, the new system is a game changer and an exciting addition to Las Vegas Ballpark. “We are pleased to partner with Skyview Networks and bring a new level of technology to the stadium while we better serve our  advertisers and various partners.”

The AdView Inventory Management system is uniquely tailored to fit the needs of the franchise, designed to consolidate and streamline processes from broadcast and billing to scheduling and affidavit generation. With its advertising inventory now fully managed in-house, the Aviators front office now has real-time online accessibility to their broadcast schedules, sellout reports and revenue.

“We are thrilled to continue expanding across Las Vegas and into Triple-A baseball, and are proud to call the Aviators our newest partner,” said Sam Zelasko, Business Development of Skyview Networks. “I am glad this franchise saw the value and efficiency that AdView can deliver to help them improve their play-by-play advertising process from start to finish.”

With Skyview’s live read capture, the Aviators can now manage their on-air advertiser mentions as a standard commercial unit, allowing their traffic department to oversee live read scheduling for the entire season, as well as catalogue them by time, date and advertiser in a customized online database. The live reads can be quickly downloaded and built into the affidavit billing, serving as proof of performance system for advertising clients.

To learn more about Skyview Networks and its full suite of broadcast solutions, including satellite distribution and broadcast automation, visit www.skyviewnetworks.com.

About The Howard Hughes Corporation®

The Howard Hughes Corporation owns, manages and develops commercial, residential and mixed-use real estate throughout the U.S. Its award-winning assets include the country’s preeminent portfolio of master planned communities, as well as operating properties and development opportunities including: the Seaport District in New York; Columbia, Maryland; The Woodlands®, The Woodlands Hills, and Bridgeland® in the Greater Houston, Texas area; Summerlin®, Las Vegas; and Ward Village® in Honolulu, Hawai’i. The Howard Hughes Corporation’s portfolio is strategically positioned to meet and accelerate development based on market demand, resulting in one of the strongest real estate platforms in the country. Dedicated to innovative place making, the company is recognized for its ongoing commitment to design excellence and to the cultural life of its communities. The Howard Hughes Corporation is traded on the New York Stock Exchange as HHC.

Las Vegas Ballpark, located on eight acres in Downtown Summerlin just south of City National Arena – practice facility for the Vegas Golden Knights, is the home of the Las Vegas Aviators, the city’s professional Triple-A baseball team of the Pacific Coast League (PCL) and affiliate of the Oakland Athletics. Las Vegas Ballpark provides a wide range of seating options including 22 suites, club seats, berm seating, party zones and decks, picnic tables, kids’ zone, bars and a pool beyond the outfield wall. Designed to create a festival-like atmosphere in Downtown Summerlin, the site is landscaped to complement the surrounding master planned community. The site is easily accessed from all regions of the valley via the 215 Beltway.

About the Las Vegas Aviators®

The Las Vegas Aviators have the proud distinction of being the longest enduring franchise in the history of professional sports in the state of Nevada. The 2019 campaign will mark the 37th season in the Silver State as a proud member of the Pacific Coast League and the inaugural season in the new Las Vegas Ballpark. The Stars (1983-2000)/51s (2001-18) have reached the 300,000 mark in “home” attendance in all 36 seasons previously at Cashman Field. The Aviators are also in their first season as the Triple-A affiliate of the Oakland Athletics, and the franchise won the PCL championship in 1986 and 1988.